Paradoxes in Nurses' Identity, Culture and Image: The Shadow Side of Nursing (Routledge Research in Nursing and Midwifery) (Paperback) 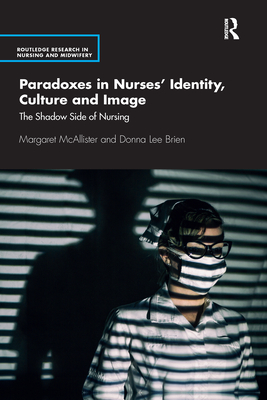 Paradoxes in Nurses' Identity, Culture and Image: The Shadow Side of Nursing (Routledge Research in Nursing and Midwifery) (Paperback)

This book examines some of the more disturbing representations of nurses in popular culture, to understand nursing's complex identities, challenges and future directions.

It critically analyses disquieting representations of nurses who don't care, who kill, who inspire fear or who do not comply with laws and policies. Also addressed are stories about how power is used, as well as supernatural experiences in nursing. Using a series of examples taken from popular culture ranging from film, television and novels to memoirs and true crime podcasts, it interrogates the meaning of the shadow side of nursing and the underlying paradoxes that influence professional identity. Iconic nursing figures are still powerful today. Decades after they were first created, Ratched and Annie Wilkes continue to make readers and viewers shudder at the prospect of ever being ill. Modern storytelling modes are bringing to audiences the grim reality that some nurses are members of the working poor, like Cath Hardacre in Trust Me, and others can be dangerous con artists, like the nurse in Dirty John.

This book is important reading for all those interested in understanding the links between nursing's image and the profession's potential as an agent for change.

Margaret McAllister is Professor of Nursing at Central Queensland University, Australia. With a background in nursing, mental health nursing, education and cultural studies, Margaret teaches in the Master of Mental Health Nursing and has research expertise in Narrative Therapy and Narrative Research.Donna Lee Brien is Professor of Creative Industries at Central Queensland University, Australia. Co-editor of the Australasian Journal of Popular Culture, Donna's research on writing and popular culture has been widely published in scholarly and popular publications.