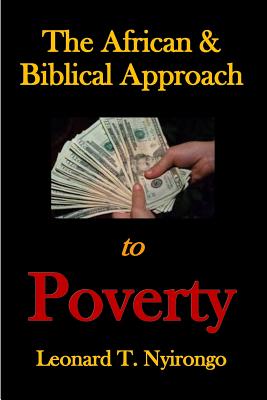 
Not On Our Shelves—Ships in 1-5 Days
(This book cannot be returned.)
Were the indigenous Africans rich before colonialism came to Africa? Did colonialism spread poverty to the indigenous Africans? Before the colonial era came, how did the rich indigenous Africans perceive and treat the fellow Africans who were poor? How did precolonial and postcolonial Africans define or describe poverty and prosperity? Why, in spite of the abundant natural resources God has given, is Africa still poor since its nations became independent from colonialism? Is the African's worldview the root cause of poverty among the Africans? What is the difference between the African and biblical view of poverty and prosperity and what are the implications of this difference? This book tackles these questions candidly in order to present true hope to Africa. Africa is considered the poorest continent on earth. Almost every second person living in the states of sub-Saharan Africa lives below the poverty line in spite of generous endowment of natural resources and direct aid. Particularly affected by poverty in the continent are the weakest members of society, their children and women. This book begins with a review of the problem of poverty in Africa during the precolonial times in order to challenge the claims that there were no poor Africans until colonialism came to Africa. Then in the second chapter, it reveals the common causes of poverty during the precolonial and post-colonial eras. In the third chapter it narrates how - even today - Africans have tried to address poverty through traditional religion, witch doctors, diviners and ideologies only to end up spiritually bankrupt. Chapter 4 examines the pseudo Christian approaches to poverty and the spiritual harm they are causing in the African churches. The last chapter is the climax of the book. It focuses on the biblical approach to the problem of poverty, based on the living hope which is in Christ alone. The book may be used as part of an introduction to the African worldview in theological colleges. It is also recommended for church leaders, parachurch organisations and Christian NGOs serving needy communities in Africa.