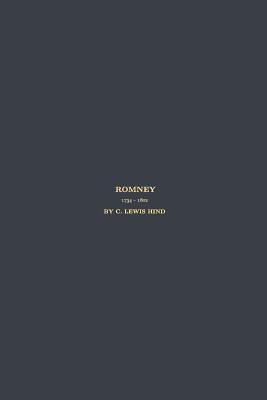 An essay about the English portrait painter George Romney.

George Romney (1734-1802) was an English portrait painter. He was the leading artist of his day, receiving commissions from England's aristocratic and high society figures. In this book, C. Lewis Hind provides a detailed biography of the artist including enlightening descriptions of the people and places of 18th century England that influenced his work.

This book is an unabridged reprint of the first edition published by T. C. & E. C. Jack, London, and Frederick A. Stokes Co., New York, in 1907 as part of the Masterpieces Series---a collection of essays about painters. Typeset and republished by Michael W. Gioffredi. MichaelGioffredi.com/b7hy

George Romney is a relative of the American politician and businessman Mitt Romney.