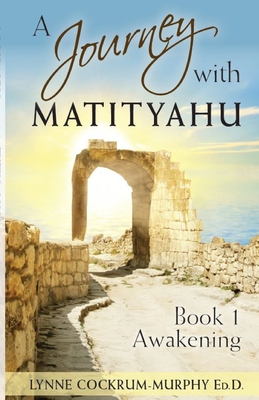 Two young men leave their families and businesses to walk the dusty roads of ancient times with hopes of excitement and adventure. An ordinary nineteen-year-old man, Daniyyel, observes miraculous moments in his friend Matityahu's life and wonders what gift his friend has. Daniyyel goes so far as asking Matityahu how and why he has it. Daniyyel wants that awareness and ability in his own life Amongst the many unexpected events, from hard physical labor to saving lives after a natural disaster, is the effect of a beautiful strong, intelligent, capable young woman on Daniyyel. He has never met such an intriguing and mesmerizing woman in his short life. Could this adventure introduce him to the love of his life? Although we don't see Daniyyel, aspire to become a healer or to create miracles, he does value the gentleness, kindness and passion that his friend, Matityahu displays. During their travels from city to farm to village and on, many unusual, synchronistic events occur. Surviving tragedy, meeting new people daily, Daniyyel is changed. After questioning, studying and trying out Matityahu's spiritual practices and suggestions, we see Daniyyel's growth from traditional religious thinking to an awakening of his own spiritual nature and new awareness. Daniyyel develops awareness and love plus a closeness to God. The journey portrays passage to new found Oneness, an illustration of possibility accessible to everyone today.