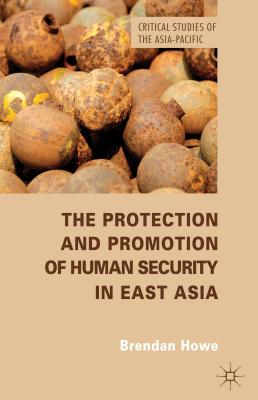 
Not On Our Shelves—Ships in 1-5 Days
Although many of the states of East Asia have achieved startling success, not all have benefited from the region's development. Many of the most vulnerable sections of East Asian populations still face tremendous challenges in their daily lives, have yet to enjoy the rewards of the Asian Century, and may even be further imperiled as a result of the forces of development. Brendan Howe examines the measurements of success in East Asian development and governance from a human-centered perspective. He assesses obstacles to the protection and promotion of human security and development through detailed case studies of the most challenged states in the region, including Burma, Timor-Leste, Japan and North and South Korea. He looks at the roles that East Asian actors can play, and have been playing, in protecting and promoting human security at the theoretical and practical level.
Brendan Howe is Department Chair and Professor of the Graduate School of International Studies, Ewha Womans University, South Korea. He previously taught at Beijing Foreign Studies University, China and Universiti Malaysia Sarawak; and held research positions at Sydney University, Australia, Korea National Defense University, and the East-West Centre and Georgetown University, both in the USA. He has published extensively on security decision-making, human security, and East Asia.