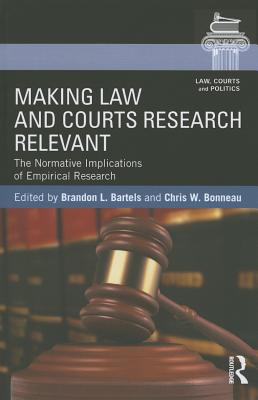 One of the more enduring topics of concern for empirically-oriented scholars of law and courts--and political scientists more generally--is how research can be more directly relevant to broader audiences outside of academia. A significant part of this issue goes back to a seeming disconnect between empirical and normative scholars of law and courts that has increased in recent years.

This volume represents the start of a conversation on the topic of how the normative implications of empirical research in law and courts can be made more visible. This book will primarily interest scholars of law and courts, as well as students of judicial politics. Other subfields of political science engaging in empirical research will also find the suggestions made in the book relevant.