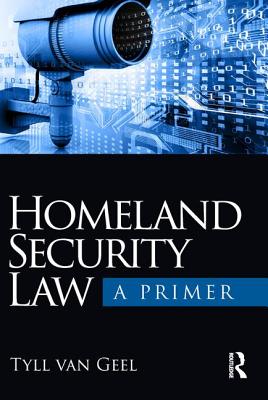 Since 2001 the U.S. government has been engaged in the delicate balancing act of seeking to protect the country against terrorism, both foreign-connected and wholly domestic, while taking into account a number of constitutional protections that can all too easily be trammelled in the effort to assure domestic security. At the same time the development of these policies has created significant constitutional tension among the three branches of the federal government, especially when the President vigorously asserts claims of sweeping power as commander-in-chief in such a way as to raise warnings about the emergence of an imperial presidency. Simultaneously, the rule of law has been placed under stress as the technological prowess of the government has grown.

This book addresses these topics in an accessible manner, covering the key developments of domestic security law related to terrorism. Tyll van Geel covers the essential elements of homeland security law including: branches of government and institutions involved in counterterrorism law; border control and immigration; surveillance; the searching of computers and cell phones; the prosecution of terrorists for any number of crimes, including cyberterrorism; military detention; the prosecution of unprivileged enemy belligerents in military commissions; and habeas corpus. The book is designed to offer a clear guide to current issues in domestic security in response to terrorism and will be a valuable guide for concerned citizens as well as undergraduate students studying domestic politics or national security.