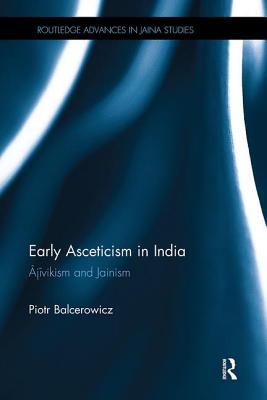 Ājīvikism was once ranked one of the most important religions in India between the 4th and 2nd centuries BCE, after Buddhism, 'Brahmanism' and before Jainism, but is now a forgotten Indian religion. However, Jainism has remained an integral part of the religious landscape of South Asia, despite the common beginnings shared with Ājīvikism.

By rediscovering, reconstructing, and examining the Ājīvikism doctrine, its art, origins and development, this book provides new insight into Ājīvikism, and discusses how this information enables us to better understand its impact on Jainism and its role in the development of Indian religion and philosophy. This book explains how, why and when Jainism developed its strikingly unique logic and epistemology and what historical and doctrinal factors prompted the ideas which later led to the formulation of the doctrine of multiplexity of reality (anekānta-vāda). It also provides answers to difficult passages of Buddhist Sāma a-phala-sutta that baffled both Buddhist commentators and modern researchers.

Offering clearer perspectives on the origins of Jainism the book will be an invaluable contribution to Jaina Studies, Asian Religion and Religious History.

Piotr Balcerowicz is Professor of Indian Philosophy and Oriental Studies (Indology) at the University of Warsaw, Poland. He specialises in philosophical traditions of Asia and the West, with emphasis on Indian epistemology and non-Brahmanic philosophical schools.