Jainism and Environmental Philosophy: Karma and the Web of Life (Routledge Focus on Environment and Sustainability) (Hardcover) 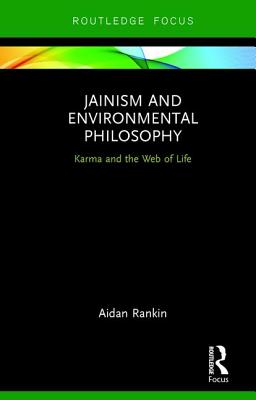 Jainism and Environmental Philosophy: Karma and the Web of Life (Routledge Focus on Environment and Sustainability) (Hardcover)

Environmental policy agendas, activism and academic research into ecological questions are all predominantly derived from the philosophical perspectives of the West. At national and global levels, environmental policy-makers tend to work according to Western-based methodologies. At the same time, emergent or developing economies are profoundly affected by the issues they address, including air pollution, rapid urban expansion, habitat loss and climate change.

If environmental awareness, and the policies that stem from it, are to have a lasting global impact, it is important that non-Western voices are heard in their own right, and not merely as adjuncts of Western-led agendas. Jain thought is a useful case study of a system of values in which environmental protection and the idea of a 'web of life' are central, but which has evolved in India independently of Western environmentalism. This book describes and explains Jain environmental philosophy, placing it in its cultural and historical context while comparing and contrasting with more familiar or 'mainstream' forms of ecological thought. It will also show how this thought translates into practice, with an emphasis on the role of environmental concerns within the business and commercial practices of Jain communities. Finally, the book examines the extent to which Jain ideas about environmental protection and interconnectedness have universal relevance.

This book will be of great interest to students and scholars of environmental ethics, sustainable business and economics, environmental policy, and Jainism.

Aidan Rankin is an author, independent scholar and property consultant based in London, UK.