Masculinity and the Trials of Modern Fiction (Discourses of Law) (Paperback) 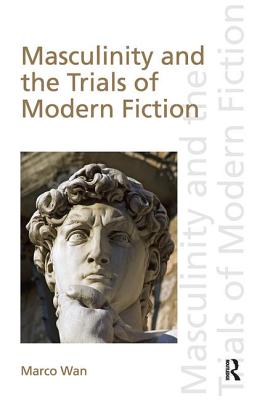 Masculinity and the Trials of Modern Fiction (Discourses of Law) (Paperback)

How do lawyers, judges and jurors read novels? And what is at stake when literature and law confront each other in the courtroom? Nineteenth-century England and France are remembered for their active legal prosecution of literature, and this book examines the ways in which five novels were interpreted in the courtroom: Gustave Flaubert's Madame Bovary, Paul Bonnetain's Charlot s'amuse, Henry Vizetelly's English translation of mile Zola's La Terre, Oscar Wilde's The Picture of Dorian Gray and Radclyffe Hall's The Well of Loneliness. It argues that each of these novels attracted legal censure because they presented figures of sexual dissidence - the androgyne, the onanist or masturbator, the patricide, the homosexual and the lesbian - that called into question an increasingly fragile normative, middleclass masculinity. Offering close readings of the novels themselves, and of legal material from the proceedings, such as the trial transcripts and judicial opinions, the book addresses both the doctrinal dimensions of Victorian obscenity and censorship, as well as the reading practices at work in the courtroom. It situates the cases in their historical context, and highlights how each trial constitutes a scene of reading - an encounter between literature and the law - through which different forms of masculinity were shaped, bolstered or challenged.