Mother-Headed Families and Why They Have Increased (Paperback) 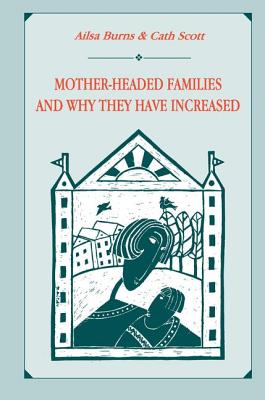 Mother-Headed Families and Why They Have Increased (Paperback)

The last two decades have seen a dramatic growth in the proportion of families headed by women. Most of these families are poor and include dependent children--causing the development of a large underprivileged class across the western world. This book explores the causes and implications of this development. Because the increase in mother-headed families is an international trend, an international perspective has been adopted. The discussion centers on selected countries where certain trends are most visible. Among the western nations particular attention is given to the United States, Sweden, and the former U.S.S.R., because of their high prevalence of mother-headed families; and trends in some countries with a middling prevalence are also discussed. Japan is included, because of its combination of advanced industrialization with a non-western tradition and a low incidence of mother-headed families. Accordingly, the book considers broad supranational influences, and proposes some explanations that draw on material from history, anthropology, sociology, psychology, women's studies, economics, literature, and religious studies.

The authors present definitive information on the incidence of mother-headed families across historical epochs and culture groups. This includes an exploration of the conditions under which such families have been many or few and have been treated well or poorly by their communities. They also offer some theoretical explanations for the increasing frequency of this family form and consider whether these interpretations fit the facts that have been gathered. Finally, there is a detailed discussion revealing what these explanations may imply for the future--that is, whether the number of mother-headed families is likely to increase, stabilize, or decrease.
Burns, Ailsa; Scott, Cath; Scott, Catherine