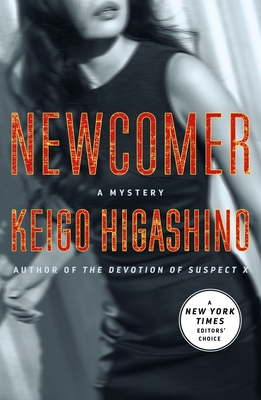 This is book number 2 in the The Kyoichiro Kaga Series series.

A woman is found murdered in her new apartment in the Nihonbashi area of Tokyo. Living a quiet life, with nothing remarkable in her past and no known enemies, this newcomer’s murder is as baffling as it was unlikely.

Detective Kyochiro Kaga of the Tokyo Police Department is also a newcomer to area—recently transferred to the Nihonbashi precinct. Assigned to the task force investigating the murder, Kaga interviews the various local people somehow connected to the victim—the insurance salesman whose card was found at her apartment; the local coffee shop she frequented; the boy who delivered a box of pastries; her estranged son, the would-be actor, among others. But the more Kaga pulls on the loose threads of a simple life, the greater the number of potential suspects emerge.

To prevent the murderer from eluding justice, Kaga must unravel all the secrets of the local residents, finding out the truth behind their interactions with the victim. Buried somewhere in the woman’s seemingly uncomplicated life—her past, her friends, her family history, and the last few days of her life—is the one clue that will lead to the murderer.

"Classic yet inventive... Newcomer will appeal most to fans of classic detective stories by the likes of Agatha Christie and Georges Simenon. Higashino’s intricate plotting and a vivid setting come together in an absorbing mystery that will leave readers guessing until the very end." —Bookreporter

"Kaga, a modern day Poirot, thinks even further outside the box than his Belgian predecessor, to the great delight of mystery aficionados" —Bookpage

"Delightful... Fans of classic whodunits should introduce themselves to this newcomer immediately." —Shelf Awareness

"Newcomer is a cerebral puzzler's delight that, like Alexander McCall Smith's No. 1 Ladies' Detective Agency mysteries, offers a thought-provoking take on the tension between modernity and traditional culture and leaves a trail of mended relationships in its wake." —Booklist

"Rewarding... [readers] will appreciate Higashino's graceful prose and willingness to push the limits of the genre." —Library Journal