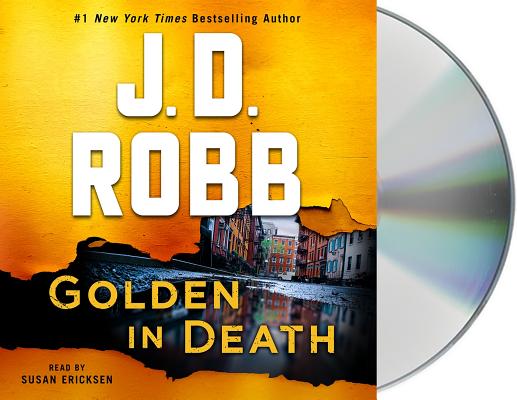 This is book number 50 in the In Death series.

"The 50th book proves this series truly is the gold standard.” — Associated Press

In the latest thriller in the #1 New York Times bestselling series, homicide detective Eve Dallas investigates a murder with a mysterious motive—and a terrifying weapon.

Pediatrician Kent Abner received the package on a beautiful April morning. Inside was a cheap trinket, a golden egg that could be opened into two halves. When he pried it apart, highly toxic airborne fumes entered his body—and killed him.

After Eve Dallas calls the hazmat team—and undergoes testing to reassure both her and her husband that she hasn’t been exposed—it’s time to look into Dr. Abner’s past and relationships. Not every victim Eve encounters is an angel, but it seems that Abner came pretty close—though he did ruffle some feathers over the years by taking stands for the weak and defenseless. While the lab tries to identify the deadly toxin, Eve hunts for the sender. But when someone else dies in the same grisly manner, it becomes clear that she’s dealing with either a madman—or someone who has a hidden and elusive connection to both victims.

"Narrator Susan Ericksen once again brings the listener into the world of New York City's police lieutenant Eve Dallas and her billionaire husband, Roarke...Those who are new to the series will find this to be an entertaining mystery. For longtime listeners, it's a visit with old friends." — AudioFile Magazine