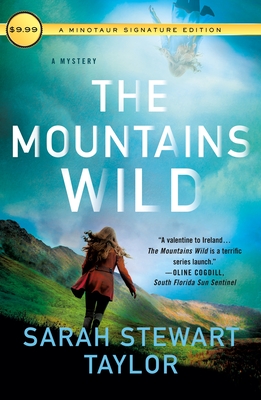 In a series debut for fans of Tana French and Kate Atkinson, set in Dublin and New York, homicide detective Maggie D'arcy finally tackles the case that changed the course of her life.

Twenty-three years ago, Maggie D'arcy's family received a call from the Dublin police. Her cousin Erin has been missing for several days. Maggie herself spent weeks in Ireland, trying to track Erin's movements, working beside the police. But it was to no avail: no trace of her was ever found.

The experience inspired Maggie to become a cop. Now, back on Long Island, more than 20 years have passed. Maggie is a detective and a divorced mother of a teenager. When the Gardaí call to say that Erin's scarf has been found and another young woman has gone missing, Maggie returns to Ireland, awakening all the complicated feelings from the first trip. The despair and frustration of not knowing what happened to Erin. Her attraction to Erin's coworker, now a professor, who never fully explained their relationship. And her determination to solve the case, once and for all.

A lyrical, deeply drawn portrait of a woman - and a country - over two decades - The Mountains Wild introduces a compelling new mystery series from a mesmerizing author.

SARAH STEWART TAYLOR is the author of the Sweeney St. George series and the Maggie D'arcy series. Taylor grew up on Long Island in New York and was educated at Middlebury College in Vermont and Trinity College in Dublin. She lived in Dublin, Ireland in the mid-90s and she now lives with her family on a farm in Vermont where they raise sheep and grow blueberries.

“Razor-sharp… In addition to her intelligent characters, Taylor has sculpted The Mountains Wild as a valentine to Ireland, delving into its beauty, history and varied landscape...We may not be able to travel to Ireland right now, but Taylor has brought the country to us… a terrific series launch.” —South Florida Sun-Sentinel

“Sarah Stewart Taylor has written a beautiful, bittersweet novel about loyalty and loss and how they can blind us to the truth.” —Minneapolis Star Tribune

“Taylor skillfully switches time periods from 1993 to 2016 in this splendid, atmospheric mystery… The Irish setting is so vividly evoked that you can practically hear the dulcet brogue, taste the Guinness and smell the peat fires.” —Open Letters Monthly

“Far beyond a simple mystery, The Mountains Wild is a gorgeous rendering on paper of Ireland in all of its beauty… this is a five star read.” —Bookreporter

“The atmospheric, intricately plotted story builds to a stunning, unforgettable conclusion.” —Library Journal (starred and Pick of the Month)