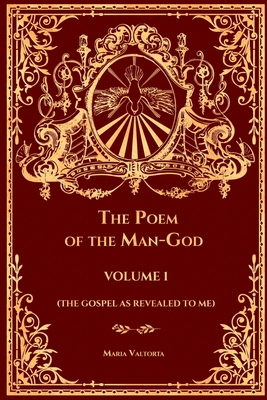 
Backordered
(This book cannot be returned.)
Written between the years 1944 and 1947 by the visionary Maria Valtorta, The Poem of the Man-God (recently retitled in its original Italian to "The Gospel As Revealed to Me") is considered one of the greatest works of private revelation to date. Penned in the same style as Ven. Anne Catherine Emmerich and Ven. Mary of Agreda, this work brings a level of detail and intimacy not found in the former's writings. Although it reads as a novel, it is regarded by many as one of the greatest "commentaries" on Scripture in history, expounding upon many areas of the New Testament that has, at present, remained unexplored or obscure. Most strikingly, it reveals the personalities of Jesus and His Apostles in awe-inspiring detail, and leaves the reader with a greater sense of love and closeness to the second Person of the Holy Trinity. In point of fact, this book moved Mother Teresa so much that she carried with her for spiritual reading, and recommended it, on numerous occasions, to those who asked about it. And when the children of Medjugorje asked Mary what She thought of the book, She said it was the "truth" and to "read it if a person wants to know Jesus." Despite its controversial history with certain Vatican officials, in the final analysis, the verbal approval by pope Pius XII is more than sufficient for Catholics to read it in good conscience. For those who desire to know Jesus Christ in a more intimate and personal way, there is little else that compares to this work. For a more affordable price, please visit the Lulu Bookstore at https: //www.lulu.com/shop.