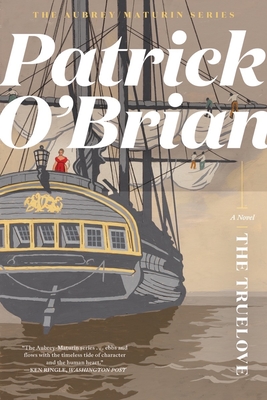 This is book number 15 in the Aubrey/Maturin Novels series.

“The Aubrey-Maturin series . . . ebbs and flows with the timeless tide of character and the human heart."—Ken Ringle, Washington Post

A British whaler has been captured by an ambitious chief in the Sandwich Islands at French instigation, and Captain Jack Aubrey is dispatched with the Surprise to restore order. But stowed away in the cable-tier is an escaped female convict. To the officers, Clarissa Harvill is an object of awkward courtliness and dangerous jealousies. Aubrey himself is won over and indeed strongly attracted to this woman who will not speak of her past. But only Aubrey’s friend, Dr. Stephen Maturin, can fathom Harvill’s secrets: her crime, her personality, and a clue identifying a highly-placed English spy in the pay of Napoleon’s intelligence service. In a thrilling finale, Patrick O’Brian delivers all the excitement his many readers expect: Aubrey and the crew of the Surprise impose a brutal pax Britannica upon the islanders in a pitched battle against a band of headhunting cannibals.

One of our greatest contemporary novelists, Patrick O’Brian is the author of the twenty volumes of the best-selling Aubrey/Maturin series, as well as many other books, including Testimonies, The Golden Ocean, The Unknown Shore, and biographies of Joseph Banks and Picasso.
Combines adventure and the art of the novel with an astonishing finesse.
— Francis Spufford - Independent

What lifts The Truelove into the highest ranks of fiction is what it shares with the rest of its author’s writing: page after page of unmistakably original insights into the mysteries of the world.