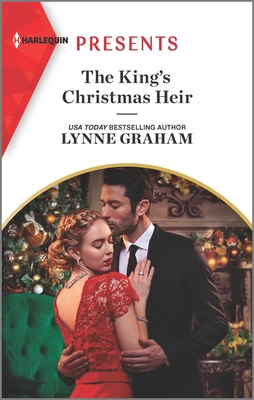 
Not On Our Shelves—Ships in 1-5 Days
The king has an heir, but does he have a queen? A hidden baby romance by USA TODAY bestselling author Lynne Graham Last Christmas, he stole her heart Now, she'll give him his heir When kindhearted Lara rescued Gaetano in a blizzard, she never imagined within weeks she'd be saying "I do" to the man with no memory. Or that when his true identity as future king is revealed, it would rip their passionate marriage apart... Reeling from his shock ascension to the throne, Gaetano was forced to prioritize his country. He didn't know Lara was already pregnant with a royal secret Now, there's no way that Gaetano will let his son go...but can he convince his queen to stay? From Harlequin Presents: Escape to exotic locations where passion knows no bounds. Read all the The Stefanos Legacy books: Book 1: Promoted to the Greek's Wife
Book 2: The Heirs His Housekeeper Carried
Book 3: The King's Christmas Heir