Islam and Britain: Muslim Mission in an Age of Empire (Paperback) 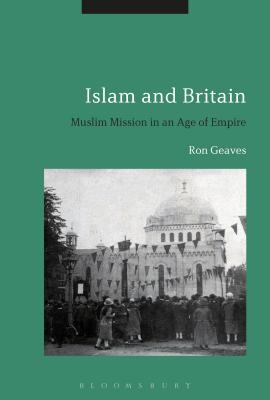 Islam and Britain: Muslim Mission in an Age of Empire (Paperback)

Based on hitherto untapped source materials, this book charts the history of Muslim missionary activity in London from 1912, when the first Indian Muslim missionaries arrived in London, until 1944. During this period a unique community was forged out of British converts and native Muslims from various parts of the world, which focused itself around a purpose built mosque in Woking and later the first mosque to open in London in 1924.

Arguing that an understanding of Muslim mission in this period needs to place such activity in the context of colonial encounter, Islam and Britain provides a background narrative into why Muslim missionary activity in London was part of a variety of strategies to engage with European expansion and overzealous Christian missionary activity in India. Ron Geaves draws on research undertaken in India and Pakistan, where the Ahmadiya missionaries have kept extensive archives of this period which until now have been unavailable to scholars. Unique in providing an account of Islamic missionary work in Britain from the Islamic perspective, Islam and Britain adds to our knowledge and understanding of British Muslim history and makes an important contribution to the literature concerned with Islamic missiology.
Ron Geaves is Visiting Professor in the Centre for the Study of Islam in the UK based in the School of History, Archaeology and Religion, Cardiff University, UK.