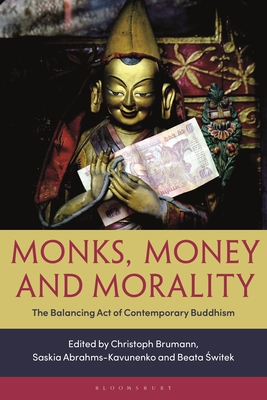 Vibrantly engaging contemporary Buddhist lives, this book focuses on the material and financial relations of contemporary monks, temples, and laypeople. It shows that rather than being peripheral, economic exchanges are key to religious debate in Buddhist societies. Based on long-term ethnographic fieldwork in countries ranging from India to Japan, including all three major Buddhist traditions, the book addresses the flows of goods and services between clergy and laity, the management of resources, the treatment of money, and the role of the state in temple economies.

Along with documenting ritual and economic practices, these accounts deal with the moral challenges that Buddhist adherents are facing today, thereby bringing lived experience to the study of an often-romanticized religion.
Christoph Brumann is Head of Research Group at the Max Planck Institute for Social Anthropology, Halle, and Honorary Professor of Anthropology at Martin Luther University Halle-Wittenberg, Germany.Saskia Abrahms-Kavunenko is a Marie Sklodowska-Curie Fellow at the University of Copenhagen, Denmark.Beata Switek is Assistant Professor of Japanese Studies at the University of Copenhagen, Denmark.