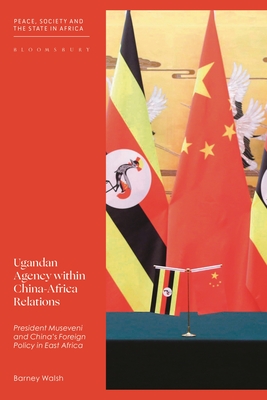 In this book, Barney Walsh presents an in-depth study of China's involvement in East Africa through specific focus on President Museveni of Uganda who has been uniquely influential in utilising China's presence to shape regional security dynamics in his favour. Focussing primarily on the period 2010-2015, Walsh places the spotlight on the 'Coalition of the Willing' formed between Uganda, Kenya and Rwanda, who undertook high-profile, exciting but controversial regional integration projects without Tanzania and Burundi. Key to those efforts were Chinese-funded mega-infrastructure projects, such as the Standard Gauge Railway and Uganda's oil pipeline.

Walsh's analysis of the East African Community (EAC) reveals China's role in ongoing security issues related to terrorism, resulting from the country's role in small arms and light weapons (SALW) proliferation and the global ivory trade. Additionally, China is heavily implicated in the region's 'oil sector', as it is a market for oil, involved in developing the sector, and a key partner in mega-infrastructure construction. Throughout this, though the EAC as an institution has been trying to stabilise regional security dynamics and strengthen its institutional role, it has been unduly influenced by the personalities and presence of key African leaders. Here, Museveni's role in such processes has been crucial, as he has made great efforts to utilise Chinese engagement in order to shape regional processes.
Barney Walsh is a Lecturer in Security, Leadership and Development at the African Leadership Centre (ALC), King's College London, UK. He assists with delivery of the ALC's MSc Security, Leadership and Society and MSc Leadership and Development programmes.