Airborne Anti-Submarine Warfare: From the First World War to the Present Day (Hardcover) 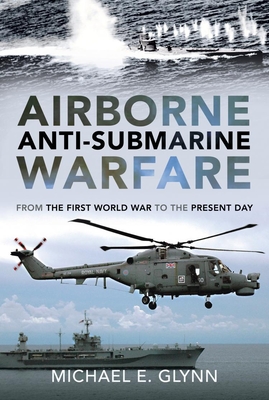 Airborne Anti-Submarine Warfare: From the First World War to the Present Day (Hardcover)


Not On Our Shelves—Ships in 1-5 Days
In this book, Michael Glynn explores a journey through the history of more than one hundred years of aerial sub hunting. From the Great War, through the Battle of the Atlantic in World War II and on to the secret confrontations of the Cold War, the reader will witness the parallel evolution of both aircraft and submarine as each side tries to gain supremacy over the other. In so doing, Glynn distills complicated oceanography, operations analysis, and technical theory into easily digested concepts, helping the reader understand how complex weapons and sensors function. By reviewing the steps of a submarine hunting flight, the reader can quickly understand how theory and practice fit together and how aviators set to achieve their goal of detecting their submarine targets. Airborne Anti-Submarine Warfare is a thrilling read for those seeking a glimpse into an arcane and high-stakes world.
Michael Glynn is a veteran U.S. Navy submarine hunting pilot. He has logged 2,500 flight hours during multiple deployments worldwide and holds qualifications in the P-8A, P-3C, and T-45C aircraft. He has served as an anti-submarine warfare mission commander, instructor pilot, submarine operations planner, and anti-submarine warfare watch officer. A native of Philadelphia, PA, he holds a B.S. in Mechanical Engineering from the University of Pennsylvania and an MBA from Harvard Business School.