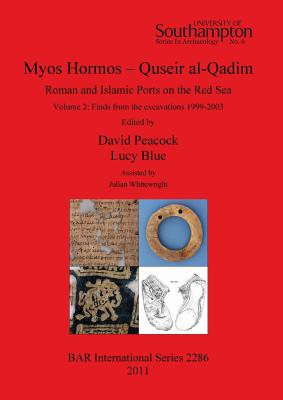 University of Southampton Series in Archaeology No. 6

Between 1999 and 2003 the University of Southampton conducted excavations on the site of Quseir al-Qadim (western shores of the Red Sea), a place that had not been examined since the excavations by the Oriental Institute of the University of Chicagoended in 1982. The new work was prompted by the discovery that the site of Quseir al-Qadim was, in all probability, not that of the minor port of Leucos Limen, as had been previously thought, but none other than Myos Hormos. This port, together with its sister harbour Berenike, articulated Rome's trade with India and the East. This second volume concentrates on the finds made during the excavation period and the volume concludes with an overview of what we now know of the nature and function of the ports of Myos Hormos and Quseir al-Qadim and a discussion of outstanding problems which can only be resolved by further work.