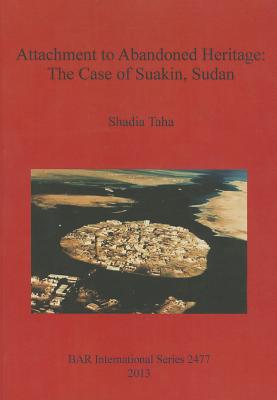 At present scantily populated, Suakin was the most prominent port on the Red Sea coast from the fifteenth century to the beginning of the twentieth century. It was an archetype of an Islamic urban built town which remained continuously occupied by the same multi-generational families. During the period of British rule in Sudan they replaced the ancient port by the establishment of Port Sudan. Using this ancient site as an illustration, the main goal of the research is to gain an insight into the relationships between people and heritage sites: how and why people feel attachments to them and what affects people's sense of attachment to heritage.