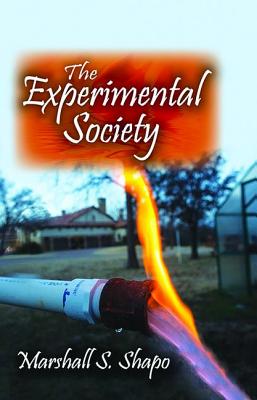 This book examines society's responses to many kinds of experimentation, focusing on both creation of and assessment of risks. As people seek new ways to make their lives safer and happier, the widespread process of experimentation claims victims. Some of these are people who directly and willingly accept the risks of experiments. By comparison, some are effectively experimental subjects in the hands of others who often may not even think of themselves as experimenting with the lives of consumers.

The Experimental Society covers a wide spectrum of products and activities, including those that radiate into the environment like nuclear power, hydrofracking, and asbestos. The book spotlights prescription drugs and substances used in the most ordinary consumer products such as salt, caffeine, and BPA in sippy cups. It also discusses the testing of new ways of thinking, including those related to social organization and processes, and even the law itself. A particular concern is the case in which the subjects of experiments are unaware that the experiments are taking place.

This lucidly written volume will be useful to practicing lawyers who specialize in personal injury law, and law professors who teach such subjects as torts and products liability, medicine, and science. Physicians and scientists in various branches of medicine will find it provocative, as will political scientists, economists, sociologists, anthropologists, and philosophers.