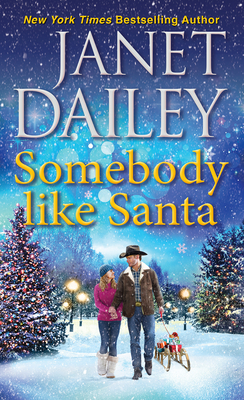 This is book number 5 in the The Christmas Tree Ranch series.

Lovers of Hallmark and fans of Diana Palmer, Robyn Carr, and RaeAnne Thayne will adore the rugged Western setting, small-town neighbors, and the uplifting magic of the holidays in this Texas-sized love story from the New York Times bestselling author.

“A satisfying combination of intrigue and romance…sure to melt hearts.” – Publishers Weekly

For Cooper Chapman, moving next door to his newlywed sister in Branding Iron, Texas, is the biggest gift he could ask for this Christmas. The divorced single dad knows his troubled teenaged son only needs the healing balm of big skies and family ties.  But soon after settling into their new home, Trevor falls in with some wild friends at his new school, leaving Cooper leaning hard on youth counselor Jess Graver. With grace and wisdom, Jess soothes Cooper’s worries over his son, even as the elusive beauty stirs romantic feelings to life . . .

With the holiday growing closer, young Trevor finds an unexpected mentor in a local farmer, helping him build a horse-drawn sleigh for the Christmas parade. Now the only thing that could make Cooper’s New Year brighter would be making warm-hearted Jess his own. But when he stumbles upon a secret from her past, it will take more than mistletoe to bring them back together and keep her at his side for all the sweet seasons to come . . .
Janet Dailey’s first book was published in 1976. Since then she has written more than 100 novels and become one of the top-selling female authors in the world, with 325 million copies of her books sold in nineteen languages in ninety-eight countries. She is known for her strong, decisive characters, her extraordinary ability to recreate a time and a place, and her unerring courage to confront important, controversial issues in her stories. To learn more about Janet Dailey and her novels, please visit JanetDailey.com or find her on Facebook at Facebook.com/JanetDaileyAuthor.