Empower: The 4 Keys to Leading a Volunteer Movement (Paperback) 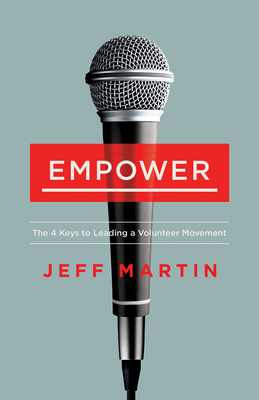 Empower: The 4 Keys to Leading a Volunteer Movement (Paperback)


Special Order—Subject to Availability
How do you lead a movement?

Movements that unify millions and sustain national relevance over the course of decades are hard to come by. They’re even harder to plan and predict. But that is exactly what happened and is captured with stunning detail in this book.

In Empower, Jeff Martin drills in to four key principles that can unlock a volunteer-led movement.  They were unearthed from an event he founded in 2004 called “Fields of Faith” that focused on giving ordinary people the microphone. It has impacted and united millions of people, thousands of volunteers, and countless community organizations.  Each year, over 250,000 people gather on one night in communities across the country.

Jeff Martin is an FCA Executive Director and founder of Fields of Faith. Martin received his Master of Divinity degree from Southwestern Baptist Theological Seminary. He lives in Kansas City, MO with his wife Julie and has three grown children AJ, Ashleigh and Alexis.