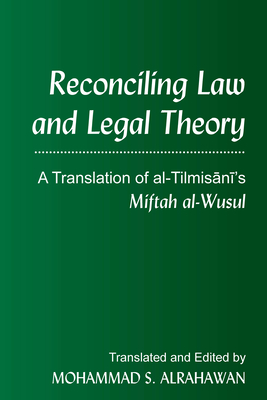 
Special Order—Subject to Availability
(This book cannot be returned.)
Being structured to found a correlation between Islamic legal theory and positive law, Tilmisānī's Miftah is basically intended to elaborate on showing the impact of various precepts of legal theory on the practical issues of Islamic law. Tilmisānī's work is a veritable encyclopedia of legal theory encompassing a substantial range of the field's questions and problematics. It tackles 189 principal precepts which entailed disagreement and polemical discourses on legal issues among the three main schools of Islamic law. He presented in the form of a fascinating hierarchy of high sense of coherence practical demonstrations of those disagreements in the form of innumerable examples which he extracted from compendiums of fiqh to represent the main issues on which scholars disagreed. The takhrīj al-furū῾ 'ala al-uṣūl literature which may be introduced for an English reader as 'applied uṣūl' has neither weighed heavily in Muslim studies of Islamic legal history nor been introduced as yet to English-speaking audiences. English readers completely miss a text on the genre to vision the significance of the field. The book is indispensable for students of Islamic law, Islamic legal theory, applied uṣūl and Islamic legal hermeneutics. It is further significant for those interested in being trained on practicing personal reasoning on contemporary fiqh issues.
Mohammad S. Alrahawan worked for 13 years as an associate professor of Islamic studies at Al-Azhar University, the third oldest Islamic university in the world, where he received his Ph.D. and M.A. Alrahawan is currently an associate professor at the Department of Orientalism at Taibah University, Medina, KSA. He published books and articles on Islamic studies including Hadith Terminology and Classification: A Handbook and Early Sources of Prophet Muhammad's Biography.