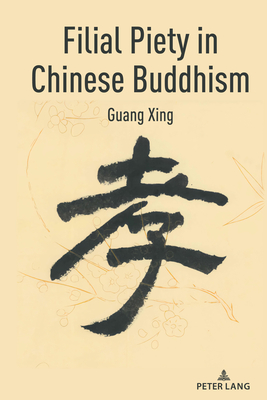 This book investigates how Buddhism gradually integrated itself into the Chinese culture by taking filial piety as a case study because it is an important moral teaching in Confucianism and it has shaped nearly every aspect of Chinese social life. The Chinese criticized Buddhism mainly on ethical grounds as Buddhist clergies left their parents' homes, did not marry, and were without offspring--actions which were completely contrary to the Confucian concept and practice of filial piety that emphasizes family life. Chinese Buddhists responded to these criticisms in six different ways while accepting good teachings from the Chinese philosophy. They also argued and even refuted some emotional charges such as rejecting everything non-Chinese. The elite responded in theoretical argumentation by (1) translations of and references to Buddhist scriptures that taught filial behavior, (2) writing scholarly refutations of the charges of unfilial practices, such as Qisong's Xiaolun (Treatise of Filial Piety), (3) interpreting Buddhist precepts as equal to the Confucian concept of filial piety, and (4) teaching people to pay four kinds of compassions to four groups of people: parents, all sentient beings, kings, and Buddhism. In practice the ordinary Buddhists responded by (1) composing apocryphal scriptures and (2) popularizing stories and parables that teach filial piety, such as the stories of Shanzi and Mulian, by ways of public lectures, painted illustrations on walls and silk, annual celebration of the ghost festival, etc. Thus, Buddhism finally integrated into the Chinese culture and became a distinctive Chinese Buddhism.