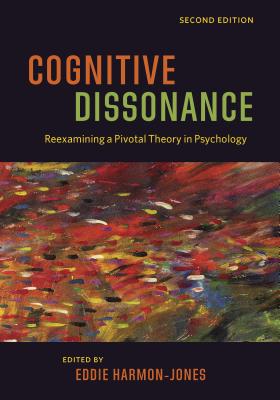 
Backordered
2019 Outstanding Academic Title What mental process occurs when a person does something she knows is unhealthy? When an honest person tells a "white lie," what happens to his or her sense of integrity? If we must choose between two equally attractive options, why does our value judgement of the options change after the choice has been made? In 1954 Dr. Leon Festinger first posited a theory of cognitive dissonance to describe the psychological phenomenon that occurs in these situations. In the years since, cognitive dissonance has become a central pillar of psychological theory, as was documented in the first edition of this book. In this new and fully-updated edition, editor Eddie Harmon-Jones brings the study of cognitive dissonance into the twenty-first century. Contributors survey recent discoveries about the role dissonance plays in a variety of information processes, as well as connections between dissonance processes and other motivational processes. Other authors introduce mathematical and action-based models that summarize how dissonance works. Evidence describing the neural correlates of dissonance are also provided, helping demonstrate the biological foundations of the theory.
Eddie Harmon-Jones, Ph.D, is a Professor of Psychology at the University of New South Wales, Sydney. He received his Ph.D. in Psychology from the University of Arizona in 1995 and has been teaching at UNSW since 2012. Dr. Harmon-Jones is a well-known expert in the field of social neuroscience, cognitive dissonance, and the motivating aspects of emotions. He is widely published and has earned numerous honors for his contributions to the field. Dr. Harmon-Jones lives in Sydney, New South Wales, Australia. Visit http: //www.socialemotiveneuroscience.org/, and follow @eddiehj68.