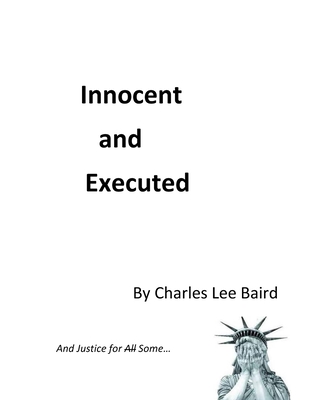 
Special Order—Subject to Availability
(This book cannot be returned.)
The goal of my research is to satisfy the words of the late United States Supreme Court Justice Antonin Scalia opinion from Kansas v Marsh (2006) in which he stated, "a single case-not one-in which it is clear that a person was executed for a crime he did not commit. If such an event had occurred in recent years, we would not have to hunt for it; the innocent's name would be shouted from the rooftops." I now have a list of names to shout from the rooftops only wishing I could personally see the look on Justice Scaila's face as each one is read aloud and the United States criminal justice system tries to deny not just once, but over and over again that they have slaughtered the innocent.