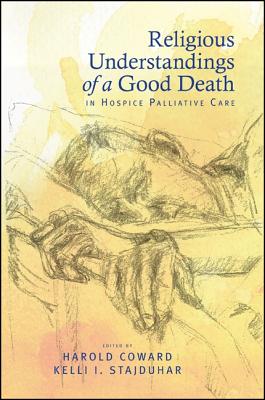 
Special Order—Subject to Availability
In the 1960s, English physician and committed Christian Cicely Saunders introduced a new way of treating the terminally ill that she called "hospice care." Emphasizing a holistic and compassionate approach, her model led to the rapid growth of a worldwide hospice movement. Aspects of the early hospice model that stressed attention to the religious dimensions of death and dying, while still recognized and practiced, have developed outside the purview of academic inquiry and consideration. Meanwhile, global migration and multicultural diversification in the West have dramatically altered the profile of contemporary hospice care. In response to these developments, this volume is the first to critically explore how religious understandings of death are manifested and experienced in palliative care settings. Contributors discuss how a "good death" is conceived within the major religious traditions of Christianity, Islam, Hinduism, Judaism, Buddhism, Chinese religion, and Aboriginal spirituality. A variety of real-world examples are presented in case studies of a Buddhist hospice center in Thailand, Ugandan approaches to dying with HIV/AIDS, Punjabi extended-family hospice care, and pediatric palliative care. The work sheds new light on the significance of religious belief and practice at the end of life, at the many forms religious understanding can take, and at the spiritual pain that so often accompanies the physical pain of the dying person.
Harold Coward is Professor Emeritus of History and Founding Director of the Centre for Studies in Religion and Society at the University of Victoria. He is the author and editor of several books, including The Perfectibility of Human Nature in Eastern and Western Thought, also published by SUNY Press.Kelli I. Stajduhar is Associate Professor at the School of Nursing and Centre on Aging at the University of Victoria.