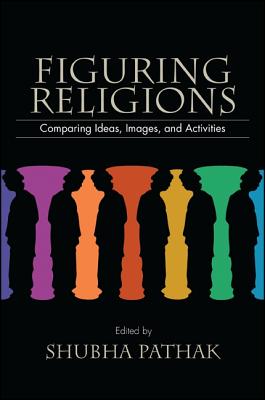 
Special Order—Subject to Availability
Figuring Religions offers new ways of comparing prominent features of the world's religions. Comparison has been at the heart of religious studies as a modern academic discipline, but comparison can be problematic. Scholars of religion have been faulted for ignoring or reinterpreting differences to create a universal paradigm. In reaction, many of today's scholars have placed chief emphasis on the differences between traditions. Seeking to reinvigorate comparison and avoid its excesses, contributors to this volume use theories of metaphor and metonymy from the fields of philosophy, linguistics, and anthropology to look at religious ideas, images, and activities. Traditions considered include Hinduism, ancient Greek religions, Judaism, Buddhism, Daoism, Confucianism, Christianity, and Islam. By applying trope theories, contributors reveal elements of these religions in and across their cultural contexts.
Shubha Pathak is Assistant Professor of Philosophy and Religion at American University.