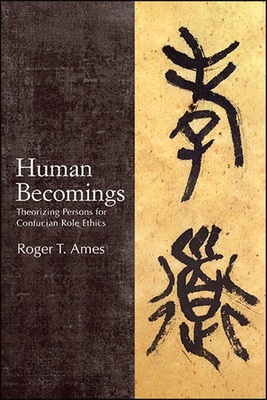 
Not On Our Shelves—Ships in 1-5 Days
(This book cannot be returned.)
Human Becomings, Roger T. Ames argues that the appropriateness of categorizing Confucian ethics as role ethics turns largely on the conception of person that is presupposed within the interpretive context of classical Chinese philosophy. By beginning with first self-consciously and critically theorizing the Confucian conception of persons as the starting point of Confucian ethics, Ames posits that the ultimate goal will be to take the Confucian tradition on its own terms and to let it speak with its own voice without overwriting it with cultural importances not its own. He argues that perhaps the most important contribution Confucian philosophy can make to contemporary ethical, social, and political discourse is the conception of focus-field, relationally constituted persons as a robust alternative to the ideology of individualism with single actors playing to win.
Roger T. Ames is Humanities Chair Professor in the Department of Philosophy at Peking University and Professor Emeritus of Philosophy at the University of Hawai'i. His many books include Confucian Role Ethics: A Vocabulary; Confucian Cultures of Authority (coedited with Peter D. Hershock); and Xu Bing and Contemporary Chinese Art: Cultural and Philosophical Reflections (coedited with Hsingyuan Tsao), all published by SUNY Press.