From the Bayou to the Bay: The Autobiography of a Black Liberation Scholar (Paperback) 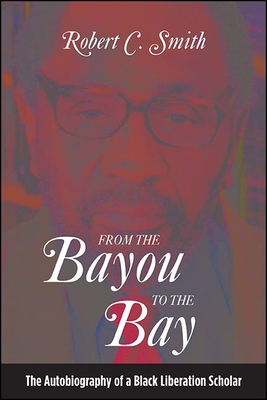 From the Bayou to the Bay: The Autobiography of a Black Liberation Scholar (Paperback)


Not On Our Shelves—Ships in 1-5 Days
(This book cannot be returned.)
In this refreshingly candid intellectual autobiography, Robert C. Smith traces the evolution of his consciousness and identity from his early days in rural Louisiana to his emergence as one of the nation's leading scholars of African American politics. He interweaves this personal narrative with the significant events and cultural flashpoints of the last half of the twentieth century, including the Watts Rebellion, the rise of the Black Power movement, the tumultuous protests at Berkeley, and the sex and drug revolutions of the 1960s. As a graduate student he experiences the founding of Black Studies, the grounding in blackness at Howard University, and, as a professor, the swirling controversies and contradictions of Black Studies and feminism at San Francisco State University. Smith also locates his story in the context of the scholarly literature on African American politics, imbuing it with his own personal perspective. His account illuminates the past but, at the same time, looks toward the future of the long struggle by African American scholars to use knowledge as a base of power in the fight against racism and white supremacy.
Robert C. Smith is Emeritus Professor of Political Science at San Francisco State University. He is the author of many books, including African American Leadership (coauthored with Ronald W. Walters); John F. Kennedy, Barack Obama, and the Politics of Ethnic Incorporation and Avoidance; and Ronald W. Walters and the Fight for Black Power, 1969-2010, all published by SUNY Press.