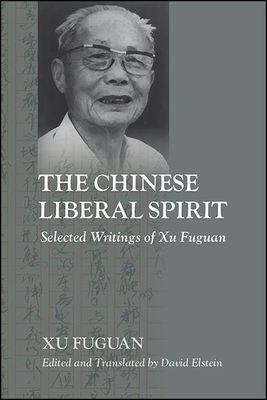 
Not On Our Shelves—Ships in 1-5 Days
(This book cannot be returned.)
Xu Fuguan (1903-1982) was one of the most important Confucian scholars of the twentieth century. A key figure in the Nationalist Party, Xu was involved in the Chinese civil war after World War II and in the early years of the Nationalist government in Taiwan. He never ceased to believe that democracy was the way forward for the Chinese nation. Making his ethical and political thought accessible to English-speaking readers for the first time, these essays analyze the source of morality and how morality must be realized in democratic government; they also provide a sharp contrast to the claim that democracy is not suitable for China--or that Confucian government should be meritocracy, not democracy. They also share the reflections of a man who lived through the Chinese revolution and remained strongly critical of the governments in both the People's Republic of China and Taiwan.
David Elstein is Professor of Philosophy at the State University of New York at New Paltz. He is the editor of Dao Companion to Contemporary Confucian Philosophy and the author of Democracy in Contemporary Confucian Philosophy.