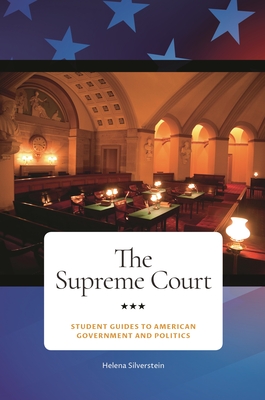 The Court often is the final arbiter of polarizing battles that originate in other branches of government. At the same time, however, its structural insulation from Congress, the Presidency, and electoral politics make the Supreme Court--at least in theory--well positioned to rise above the rough-and-tumble of politics.

This book examines the power of the Supreme Court in America's system of democratic governance in several ways. These include: reviewing debates over whether justices should interpret the Constitution in line with its original meaning or in accordance with present-day understandings; exploring the processes and factors that shape how cases are chosen and decided; considering contentious battles over the selection of justices; and examining the impact of the Court on American culture and society.

Helena Silverstein, PhD, is professor and department head of government and law at Lafayette College. From 2014 to 2016, she served as director of the law and social sciences program at the National Science Foundation.