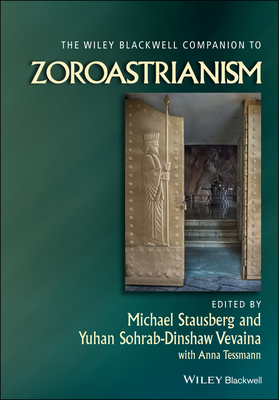 This is the first ever comprehensive English-language survey of Zoroastrianism, one of the oldest living religions

THE EDITORS MICHAEL STAUSBERG is a Professor of Religion at the University of Bergen and a member of the Norwegian Academy of Science and Letters. His books in English include Religion and Tourism: Crossroads, Destinations, and Encounters (2011) and Zarathustra and Zoroastrianism (2008), and he is the editor or co-editor of Defining Magic (2013), The Routledge Handbook of Research Methods in the Study of Religions (2011), Contemporary Theories of Religion (2009), and Theorizing Rituals (2 vols., 2006-2007). Dr. Stausberg has also published widely on Zarathustra and Zoroastrianism in German; he is co-editor of the international journal Religion. YUHAN SOHRAB-DINSHAW VEVAINA is a Lecturer in Religious Studies at Stanford University. After completing his PhD in 2007 at Harvard University, he served as Postdoctoral Fellow in the Undergraduate Core Curriculum and as the Lecturer on Old Iranian in the Department of Near Eastern Languages and Civilizations. Dr. Vevaina has authored articles for peer-reviewed journals and edited volumes, and in 2010 he received a fellowship from the National Endowment for the Humanities, USA. He is currently completing a book project on Zoroastrian hermeneutics in Late Antiquity.