Theism and Ultimate Explanation: The Necessary Shape of Contingency (Paperback) 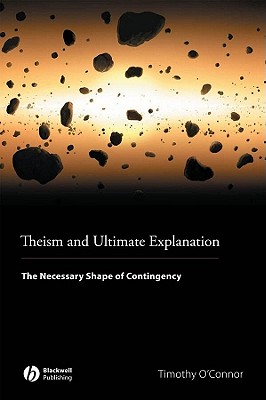 Theism and Ultimate Explanation: The Necessary Shape of Contingency (Paperback)


Not On Our Shelves—Ships in 1-5 Days
(This book cannot be returned.)
An expansive, yet succinct, analysis of the Philosophy of Religion - from metaphysics through theology. Organized into two sections, the text first examines truths concerning what is possible and what is necessary. These chapters lay the foundation for the book's second part - the search for a metaphysical framework that permits the possibility of an ultimate explanation that is correct and complete.

Timothy O'Connor is Professor of Philosophy at Indiana University Bloomington. He has published widely in the areas of metaphysics, philosophy of mind and action, and philosophy of religion. He is the author of Persons and Causes (2000) and the editor of Agents, Causes, and Events: Essays on Indeterminism and Free Will (1995), Philosophy of Mind: Contemporary Readings (2003), Downward Causation And The Neurobiology Of Free Will (2009), Emergence in Science and Philosophy (2010) and A Companion to the Philosophy of Action (2010).