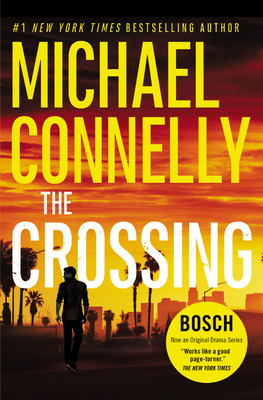 This is book number 18 in the A Harry Bosch Novel series.

In this "tense" thriller and #1 New York Times bestseller, Detective Harry Bosch teams up with Lincoln Lawyer Mickey Haller to track down a killer who just might find them first (Wall Street Journal).
Detective Harry Bosch has retired from the LAPD, but his half-brother, defense attorney Mickey Haller, needs his help. The murder rap against his client seems ironclad, but Mickey is sure it's a setup. Though it goes against all his instincts, Bosch takes the case. With the secret help of his former LAPD partner Lucia Soto, he turns the investigation inside the police department. But as Bosch gets closer to discovering the truth, he makes himself a target.
span
Michael Connelly is the author of twenty-seven previous novels, including the #1 New York Times bestsellers The Burning Room and The Gods of Guilt.His books, which include the Harry Bosch series and Lincoln Lawyer series, have sold more than sixty million copies worldwide. Connelly is a former newspaper reporter who has won numerous awards for his journalism and his novels and is the executive producer of Bosch, starring Titus Welliver. He spends his time in California and Florida.