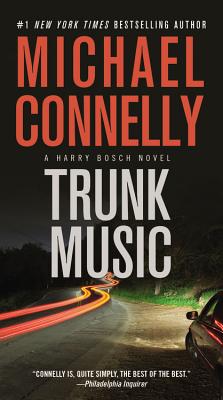 This is book number 5 in the A Harry Bosch Novel series.

Back on the job after an involuntary leave of absence, LAPD homicide detective Harry Bosch is ready for a challenge -- but a murderous Las Vegas crime ring might prove to be more than he bargained for.

It starts with the body of a Hollywood producer in the trunk of a Rolls-Royce, shot twice in the head at close range - what looks like "trunk music," a Mafia hit. But the LAPD's organized crime unit is curiously uninterested, and when Harry follows a trail of gambling debts to Las Vegas, the case suddenly becomes more complex - and much more personal.

A rekindled romance with an old girlfriend opens new perspectives on the murder, and he begins to glimpse a shocking triangle of corruption and collusion. Yanked off the case, Harry himself is soon the one being investigated. But only a bullet can stop Harry when he's searching for the truth . . .
Michael Connelly is the author of thirty-six previous novels, including #1 New York Times bestsellers The Dark Hours andThe Law of Innocence. His books, which include the Harry Bosch series, the Lincoln Lawyer series, and the Renée Ballard series, have sold more than eighty million copies worldwide. Connelly is a former newspaper reporter who has won numerous awards for his journalism and his novels. He is the executive producer of three television series: Bosch,Bosch: Legacy, and The Lincoln Lawyer. He spends his time in California and Florida.
"His best yet!...a jazzy, funky, roller coaster of a book.""—Publishers Weekly

"Trunk Music is Connelly at his best, skewering the superficial Hollywood society, the hoods, the good guys and bad girls, the bureaucratic tyrants who would rather fill in the right form than get to the truth."—Orlando Sentinel