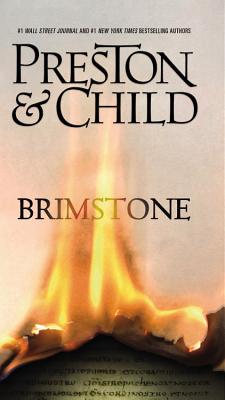 This is book number 5 in the Agent Pendergast Series series.

When FBI Special Agent Pendergast discovers a murder in the attic of a Long Island estate, a scorched claw print leads him down a dark trail of unspeakable terror.
A body is found in the attic of a fabulous Long Island estate.
There is a claw print scorched into the wall, and the stench of sulfur chokes the air.
When FBI Special Agent Pendergast investigates the gruesome crime, he discovers that thirty years ago four men conjured something unspeakable.
Has the devil come to claim his due?
Some things can't be undone.
The thrillers of Douglas Preston and Lincoln Child "stand head and shoulders above their rivals" (Publishers Weekly). Preston and Child's Relic and The Cabinet of Curiosities were chosen by readers in a National Public Radio poll as being among the one hundred greatest thrillers ever written, and Relic was made into a number-one box office hit movie. They are coauthors of the famed Pendergast series and their recent novels include Fever Dream, Cold Vengeance, Two Graves, and Gideon's Corpse. In addition to his novels, Preston writes about archaeology for the New Yorker and Smithsonian magazines. Lincoln Child is a former book editor who has published five novels of his own, including the huge bestseller Deep Storm.
Readers can sign up for The Pendergast File, a monthly "strangely entertaining note" from the authors, at their website, www.PrestonChild.com. The authors welcome visitors to their alarmingly active Facebook page, where they post regularly.
"Highly compelling thriller . . . Preston and Child prove that the devil is indeed in the details."—Entertainment Weekly (Editor's Choice)

"An outrageously entertaining thriller from these accomplished co-authors . . . As good as the genre gets. Don't miss it."—Kirkus Reviews (starred review)