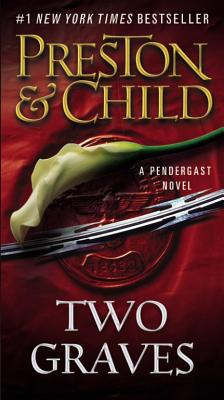 This is book number 12 in the Agent Pendergast Series series.

Join Agent Pendergast in the heart of the South American jungle as he investigates a string of murders that lead him to his wife's kidnappers -- and spark memories that may haunt him forever.
After his wife, Helen, is brazenly abducted before his eyes, Special Agent Pendergast furiously pursues the kidnappers, chasing them across the country and into Mexico. But then, things go terribly, tragically wrong; the kidnappers escape; and a shattered Pendergast retreats to his New York apartment and shuts out the world.

But when a string of bizarre murders erupts across several Manhattan hotels-perpetrated by a boy who seems to have an almost psychic ability to elude capture-NYPD Lieutenant D'Agosta asks his friend Pendergast for help. Reluctant at first, Pendergast soon discovers that the killings are a message from his wife's kidnappers. But why a message? And what does it mean?

When the kidnappers strike again at those closest to Pendergast, the FBI agent, filled anew with vengeful fury, sets out to track down and destroy those responsible. His journey takes him deep into the trackless forests of South America, where he ultimately finds himself face to face with an old evil that-rather than having been eradicated-is stirring anew... and with potentially world-altering consequences.

Confucius once said: "Before you embark on a journey of revenge, first dig two graves." Pendergast is about to learn the hard way just how true those words still ring.
The thrillers of Douglas Preston and Lincoln Child "stand head and shoulders above their rivals" (Publishers Weekly). Preston and Child's Relic and The Cabinet of Curiosities were chosen by readers in a National Public Radio poll as being among the one hundred greatest thrillers ever written, and Relic was made into a number-one box office hit movie. They are coauthors of the famed Pendergast series and their recent novels include Fever Dream, Cold Vengeance, Two Graves, and Gideon's Corpse. In addition to his novels, Preston writes about archaeology for the New Yorker and Smithsonian magazines. Lincoln Child is a former book editor who has published five novels of his own, including the huge bestseller Deep Storm.
Readers can sign up for The Pendergast File, a monthly "strangely entertaining note" from the authors, at their website, www.PrestonChild.com. The authors welcome visitors to their alarmingly active Facebook page, where they post regularly.
"Pendergast--an always-black-clad pale blond polymath, gaunt yet physically deadly, an FBI agent operating without supervision or reprimand-lurks at the dark, sharp edge of crime fiction protagonists."—Kirkus Reviews

"TWO GRAVES provides readers exactly what they would expect from a Preston and Child novel --- thrills, high adventure, treacherous plot twists and well-researched scientific intrigue. The story is never predictable, and Pendergast is a multi-layered personality who keeps you guessing throughout."—Bookreporter.com

"The names Preston & Child on the cover of a book promise a unique reading experience unlike any other, and Two Graves delivers the high thrills one expects from the two masters...authors Douglas Preston and Lincoln Child have delivered another exceptional book....Fans will love the conclusion to the trilogy, and newcomers will seek out the authors' earlier titles."—The Washington Post