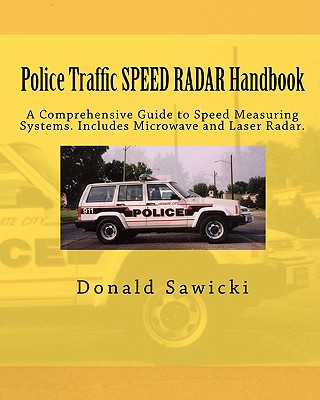 
Not On Our Shelves—Ships in 1-5 Days
(This book cannot be returned.)
While many police departments effectively use radar to control traffic, there are still numerous instances of improper use. To operate traffic radar does not require genius, but it does require proper training as well as a basic understanding of this precision instrument. Unfortunately many people have the misperception that police radar is infallible, it is not. The "Police Traffic SPEED RADAR Handbook" is intended to familiarize the reader with the use and misuse of police radar by examining basic scientific and engineering principles in detail. There are numerous instances of unintentional (and a few intentional) abuses. Observing speed limits does not guarantee immunity from an undeserved ticket. Includes microwave and laser radar operation -- how radar works, proper use, limitations, potential operator errors, and common misreadings and mistakes. General situations are analyzed for potential, probable, and sometimes inevitable speed errors. In many instances errors are predictable knowing just the general setup. Basic radar theory, physics, and mathematics are used to prove all findings. All technical information and conclusions quantifiably described using illustrations, graphs, tables, or mathematical formulas -- based on or derived from fundamental scientific and engineering principles, published factory specifications, empirical data, or U.S. Government documents. Victims of microwave or laser police radar (or speed timing systems, pacing, visual estimate) as well as professionals involved with traffic law enforcement (Judges, attorneys, paralegals, police, prosecutors), accident reconstruction specialists, science and engineering professionals, educators and students will appreciate the detailed technical information and explanation.