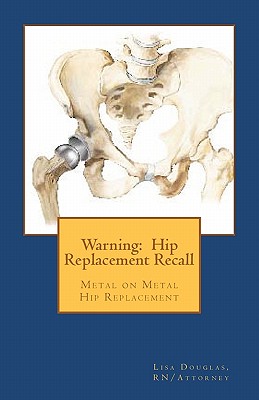 
Not On Our Shelves—Ships in 1-5 Days
(This book cannot be returned.)
A tremendous concern facing the public now is the failure of metal-on-metal hip implant devices using systems like the recently recalled DePuy ASR hip implants. One concern is due to the tissue damage caused by metallosis that can not only compromise subsequent revision surgery, but pose long term health risks caused by metallosis. Many of the patients who received the DePuy ASR (Articular Surface Replacement) Hip Resurfacing System and ASR XL Acetabular System total hip replacement have filed lawsuits against the company, stating that DePuy did not do enough to warn consumers about the serious risks and side effects associated with these hip implant devices.
Lisa Douglas has been licesned as a Registered Nurse since 1986. Focus of her law practice is personal injury, medical malpractice, social security disability and product liability.