Epistle to the Son of the Wolf (Paperback) 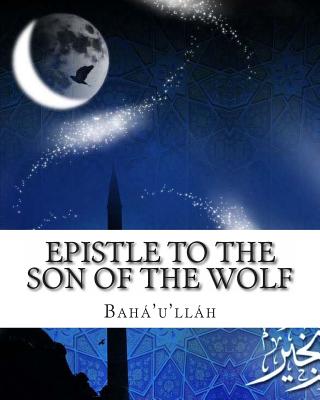 Epistle to the Son of the Wolf (Paperback)


Not On Our Shelves—Ships in 1-5 Days
(This book cannot be returned.)
The Epistle to the Son of the Wolf is the last major work of Bah 'u'll h, founder of the Bah ' Faith, before his death in 1892. It is a letter written to a Muslim cleric, a violent opponent of the Bah ''s who, along with his father (called by Bah 'u'll h "the wolf"), also a Muslim cleric, had put to death a number of Bah ''s. In this work Bah 'u'll h quotes extensively from his own previously revealed scriptures. This makes a large portion of the work a summary of excerpts on critical concepts expressed in previous works in a condensed form. Two brothers Muhammad-Husayn Nahr and Muhammad-Hasan Nahr came from an aristocratic and established mercantile family in Isfahan. The Im m-Jum'ih of the city owed the brothers money and - when the two asked for a payment - he devised a plan to rid his debt. After confronting Shaykh Muhammad-Baqir, another influential Muslim cleric of Isfahan; and Sult n-Mas' d M rz , the son of N siri'd-D n Sh h of this issue, the three devised a plan to imprison the brothers on account of their Bah ' religion. The two brothers were subsequently arrested, paraded around Isfahan with crowds jeering abuse, and publicly executed in a humiliating manner. Bah 'u'll h was heartbroken by the death of the brothers - he had met the two whilst a prisoner in Adrianople. He eulogized the two, naming them the King and Beloved of Martyrs, and the Twin Shining Lights. Bah 'u'll h wrote the book in around 1891 to the son of the shaykh, named q Najaf , whom he denounced as the wolf - hence the title Epistle to the Son of the Wolf. q Najaf was also known for his persecution of the Bah ''s. Bah 'u'll h calls for him to repent for his and his father's wrongdoings and to investigate the faith.