Encyclopedia of the Alkaloids: Volume 3 (Paperback) 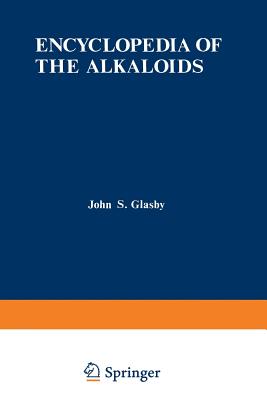 Encyclopedia of the Alkaloids: Volume 3 (Paperback)


Not On Our Shelves—Ships in 1-5 Days
Volume 3 of the Encyclopedia of the Alkaloids covers the literature to the end of October 1976 and includes a large number of these compounds which have been discovered since the first two volumes were published in 1975. There are some entries where recent work has resulted in new structures being put forward or where additional details regarding compounds have been provided. Additional references to compounds given in the first two volumes are marked with an asterisk. The opportunity has also been taken to provide a formula index covering all three volumes. It is a great pleasure to thank Academician Professor S. Yu. Yunusov of the Institute of Chemistry at the University of Tashkent, Uzbekistan, for pointing out a number of errors in the two previous volumes and for kindly providing me with invaluable detailed information of the alkaloids which have been isolated and studied by Soviet chemists over many years.