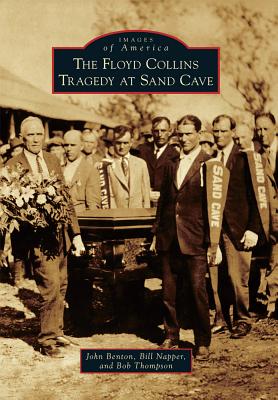 Floyd Collins is perhaps the most famous person you've never heard of, but this young man's tragic death made him celebrated as the Greatest Cave Explorer Ever Known.

Collins was a Kentucky cave explorer in the early part of the 20th century, characterized by his lack of fear when exploring the most difficult cave passages, and few people could match his persistence and endurance. In the winter of 1925, Collins became trapped for more than two weeks in a cave located within the boundaries of what is now Mammoth Cave National Park. The story of Floyd Collins becoming trapped and ultimately dying alone in a cave held a powerful grip on the hearts and minds of people the world over. The resulting media coverage put Mammoth Cave on the map and helped usher the actual designation of Mammoth Cave as a national park. His explorations laid the foundation for others to later discover the truth of Mammoth Cave, the longest cave in the world.