A History of the Nets: From Teaneck to Brooklyn (Sports) (Paperback) 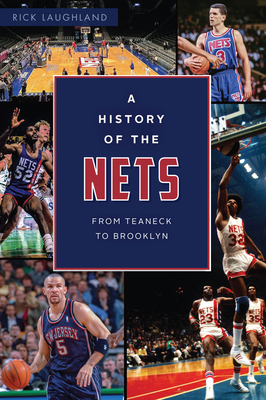 A History of the Nets: From Teaneck to Brooklyn (Sports) (Paperback)

The Nets have led a wandering existence spanning over five decades. The team has been known as the New Jersey Americans, New York Nets, New Jersey Nets and now Brooklyn Nets, while constantly relocating throughout the New York metropolitan area. Though often plagued by instability and futility, the franchise has celebrated iconic moments in the course of ABA and NBA history. Julius Erving's legendary play led the team to a pair of ABA titles in 1974 and 1976. The meteoric rise of European superstar Drazen Petrovic followed by his tragic death in 1993 is etched into basketball fans' hearts worldwide. Jason Kidd's uncommon will steered New Jersey to back-to-back NBA Finals appearances in 2002 and 2003. An enlightening phone call from NBA commissioner David Stern in 1997 paved the way for the team's move to Brooklyn in 2012.

Author Rick Laughland charts the brutal lows and exuberant highs throughout the history of the Nets.