Literature and the Encounter with God in Post-Reformation England (Hardcover) 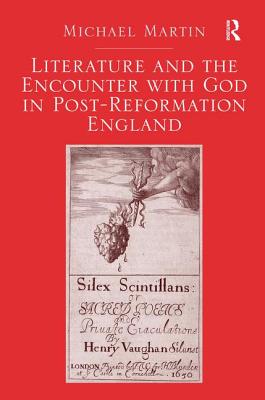 Literature and the Encounter with God in Post-Reformation England (Hardcover)


Not On Our Shelves—Ships in 1-5 Days
(This book cannot be returned.)
Each of the figures examined in this study"John Dee, John Donne, Sir Kenelm Digby, Henry and Thomas Vaughan, and Jane Lead"is concerned with the ways in which God can be approached or experienced. Michael Martin analyzes the ways in which the encounter with God is figured among these early modern writers who inhabit the shared cultural space of poets and preachers, mystics and scientists. The three main themes that inform this study are Cura animarum, the care of souls, and the diminished role of spiritual direction in post-Reformation religious life; the rise of scientific rationality; and the struggle against the disappearance of the Holy. Arising from the methods and commitments of phenomenology, the primary mode of inquiry of this study resides in contemplation, not in a religious sense, but in the realm of perception, attendance, and acceptance. Martin portrays figures such as Dee, Digby, and Thomas Vaughan not as the eccentrics they are often depicted to have been, but rather as participating in a religious mainstream that had been radically altered by the disappearance of any kind of mandatory or regular spiritual direction, a problem which was further complicated and exacerbated by the rise of science. Thus this study contributes to a reconfiguration of our notion of what 'religious orthodoxy' really meant during the period, and calls into question our own assumptions about what is (or was) 'orthodox' and 'heterodox.'
Michael Martin is Assistant Professor of English at Marygrove College, USA.