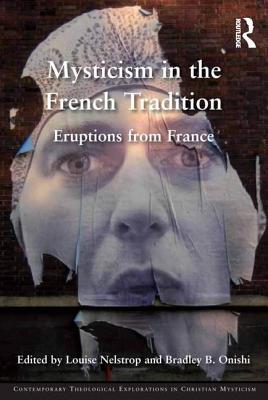 
Not On Our Shelves—Ships in 1-5 Days
(This book cannot be returned.)
In the nineteenth and early twentieth centuries secular French scholars started re-engaging with religious ideas, particularly mystical ones. Mysticism in the French Tradition introduces key philosophical undercurrents and trajectories in French thought that underpin and arise from this engagement, as well as considering earlier French contributions to the development of mysticism. Filling a gap in the literature, the book offers critical reflections on French scholarship in terms of its engagement with its mystical and apophatic dimensions. A multiplicity of factors converge to shape these encounters with mystical theology: feminist, devotional and philosophical treatments as well as literary, historical, and artistic approaches. The essays draw these into conversation. Bringing together an international and interdisciplinary range of contributions from both new and established scholars, this book provides access to the melting pot out of which the mystical tradition in France erupted in the twenty-first century, and from which it continues to challenge theology today.
Louise Nelstrop is Director of Spirituality Programmes at Sarum College, Salisbury and a College Lecturer at St Benet's Hall, Oxford. She is co-editor (along with Simon D. Podmore) of two earlier volumes in this series: Christian Mysticism and Incarnational Theology: Between Transcendence and Immanence (Ashgate, 2013) and Exploring Lost Dimensions in Christian Mysticism: Opening to the Mystical (Ashgate, 2013), as well as an introduction to Christian Mysticism (with Bradley B. Onishi and Kevin Magill), Christian Mysticism: An Introduction to Contemporary Theoretical Approaches (Ashgate, 2009). She has published a number of research articles on the English Mystics. Addition, she is co-convenor (along with Simon D. Podmore) of the Mystical Theology Network. Bradley B. Onishi holds a PhD in Religious Studies from the University of California, a Postgraduate Licence in Philosophy from L'Institut catholique de Paris, and an MPhil in Theology from the University of Oxford. He is currently Visiting Assistant Professor of Religion and Humanities at Rhodes College, Memphis, TN, USA. His work explores the intersections between continental philosophy and mysticism in the twentieth-century. He was a contributing author for Christian Mysticism: An Introduction to Contemporary Theoretical Approaches (Ashgate, 2009). He has also edited and authored volumes and articles on mysticism, continental philosophy, and the theories and methods of religious studies.